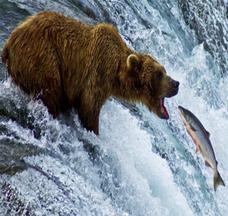 Are you ever tired of making choices? Don’t get me wrong, I’m glad we have the freedom and the opportunity to make so many choices. The alternative would be horrible. But, when it comes to our food supply, there are so many, many things to consider and choose from. We want the best and healthiest choices for our family, but knowing what truly is best has become a confusing maze through misleading and confusing food labels. Do I buy organic or save money with non-organic? Gluten-free – is it really better? Grass-fed organic beef? What are these ingredients I can’t pronounce? WHICH ONE DO I BUY??? *head explodes*. If my wiggly toddler wasn’t so pushy for me to hurry up in the grocery store I would probably do a lot more blank-staring at the shelves. A boastful food label is not always the healthiest option. Sometimes the organic, non-GMO, gluten-free, fat-free, made-with-real-kitten-tears product isn’t always the best choice…

Knowing where your food comes from is a good place to start. One of the most important reasons to know this: seafood. I love seafood. I see food and I eat it (Ahem..). Anyways, as I mentioned in my previous post on shrimp creole, farm-raised seafood from abroad can be pretty frightening due to the conditions it is raised in and the crap (literally) it is fed. American-farm raised is a better choice and is what is most widely available, but what about wild-caught? “Which is better?” is a common question.

Here are some things to consider when choosing which type of seafood to buy. Salmon is a good example when comparing the two.

Me (before my coffee) catching a salmon. We bears like it wild.

Fat Content:
Farm-raised salmon actually has a higher fat and calorie content than wild-caught, hence, higher in the beneficial omega-3 fatty acids. That being said, it also is higher in saturated fat, which is something we want to keep in check. Their nutritional content has allllll to do with what they are fed, which includes fish meal mostly from plant sources and grains. Their feed may have the carotenoid additive, astaxanthin, which pinkens their flesh. They only need to swim a few yards unlike in the wild, so they get nice and plump.
Wild-caught on the other hand, live off algae and plankton, and this is where their omega-3 content comes from. Since they are leaner than farm-raised and have a little less fat overall, they have slightly less omega-3 content too. Since less calories and less saturated fat is desirable, however, wild-salmon has my vote here.

Contaminant exposure:
Farm-raised salmon has had more contaminants than wild-salmon, which is surprising to some. You would think a controlled environment would be less polluted ideally than in oceans and lakes. There are many new regulations now in the fish farming industry to help keep this in check. Some studies suggest farm-raised salmon has a higher content of  POP’s (persistent organic pollutants) including one called PCB – which has been linked to type 2 diabetes and obesity. Farm-raised salmon also comes with some antibiotic usage, which has been reduced in recent years. So, while both have some degree of contaminants, it appears wild-caught has less. If you are pregnant and nursing, eat fish with an overall low-fat content (since that fat is where the mercury and other pollutants are stored) and avoid deep water fish like blue-fin tuna, marlin, swordfish, shark, etc. The good news here is that both American farm-raised and wild salmon are both relatively low in contaminants overall and are considered safe to eat, but again, wild-caught appears to have less.

Cancer-causing chemicals:
Which has a lower amount of carcinogens is not 100% clear. When considering the heart-saving benefits from their omega-3 content vs. their carcinogen content, it turns out eating very large quantities of either type of fish can be risky. That’s why dietitians recommend fish as “part of the puzzle” in getting enough omega 3 fatty acids. While it is still recommended to eat fish twice a week, you may want to add in other sources, such as walnuts, spinach, eggs, or flaxseed. According to the Cleveland Clinic, one study does suggest, “The benefit-risk ratio for carcinogens and non-carcinogens is significantly greater for wild salmon than for farmed salmon,” giving another thumbs up to buying wild-salmon.

So in conclusion, studies suggest wild-caught is the winner. It is what I try to buy whenever possible. Sometimes wild-caught is not always available though, or can be hard on the pocket-book. Keep in mind that seafood American farm-raised (which must follow American regulations, unlike elsewhere) or wild-caught still is important and should still be consumed as a part of a varied diet.

You didn’t think I’d sign off on this seafood hot topic without sharing a recipe, did you? Made this easy salmon dish last night and it was delish!

Have more questions on what to eat? Give me a shout. I do one on one nutritional counseling and monthly classes. Check out www.food4success.com for more info!