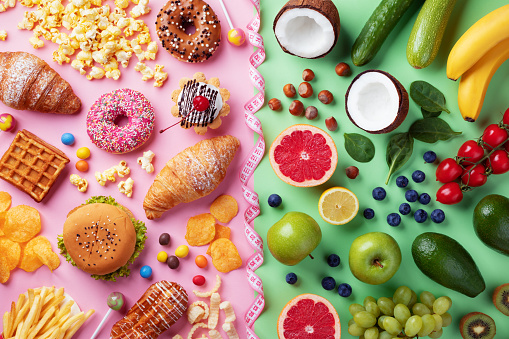 It is a well-known fact that our dietary choices can impact our risk for certain medical conditions. There is so much conflicting information out there that people sometimes get confused and don’t know what to believe.

The question some people are asking is: “Is sugar the only thing I need to worry about when it comes to my Diabetes?” This question is a complex question and to answer this question we have to dive into a few things.  New studies are showing that high fat foods, especially foods high in saturated fats, can also be an underlying cause responsible for the struggle that many experience while endeavoring to get their blood sugars under control.

First, let’s discuss just how insulin works. The primary functions of insulin are both the synthesis and storage of glucose, along with fats and amino acids. When hearing the word insulin, most people understand its main function to be one of regulation of blood glucose levels by means of moving glucose in the blood to the muscle cells or fat tissue. Secondly, insulin inhibits the formation of glucose from other non-sources like fats and proteins in a process known as gluconeogenesis. This is a process wherein stored glucose found in the liver is taken to produce the needed glucose when our blood glucose levels run low. Insulin will also take the excess glucose found in our blood and store it as fat. Thus, some refer to insulin as the fat storing hormone. Once insulin stores fat in the fat cells, it then produces leptin, known as the hunger suppressing hormone. This is not fully understood but research is ongoing in this area.

With respect to insulin resistance, it has been observed that glucose and free fatty acids are persistently high in the blood, likely due to “resistant” cells not heeding to insulin’s call, meaning less glucose uptake by muscle and adipose cells along with no longer inhibiting the release of free fatty acids.

This then results in higher levels of insulin being produced, known as hyperinsulinemia. Liver and kidney cells will not become resistant to insulin but instead are stimulated to continue to produce triglycerides and retain sodium respectively. Accordingly, this results in elevated triglycerides and high blood pressure, thereby putting your health at risk, particularly the heart.

So, that now brings us to the following question, “In view of the fact that insulin is involved in glucose and fatty acid storage and synthesis, will dietary intake of sugars or fats impact insulin activity?”

Chronically high intake of sugar and refined carbohydrates can contribute to insulin resistance. The barrage of insulin requests from the beta cells of the pancreas will eventually cause the beta cells to produce less insulin over time. Thus, leaving glucose in the blood without a way for it to enter the cells. To simplify the matter, insulin production and glucose storage becomes overwhelmed and is unable to keep up with needs. Blood glucose levels remain high and cells become resistant as cells are unable to recognize the insulin and thus are inhibited from the uptake of glucose.

In sum, excess added and refined sugars are known to increase need for more insulin. Over time what then ensues is Type 2 Diabetes. However, consuming carbohydrates from whole food sources, like vegetables, fruit, and whole grains such as like rice and buckwheat or pseudo-grains like quinoa have less of an impact on blood sugars. The fiber cotnained in these foods slows the absorption of glucose into the blood, lowering the immediate high demand for insulin, unlike that which comes from a massive hit of glucose when consuming highly refined carbohydrates.

Now we need to talk about fat and the role it plays in insulin resistance.

The impact of dietary fat on insulin production is more complicated than sugar. A minuscule part of a fat can be used as glucose but not enough to impact blood glucose levels. Although, a diet high in meat, specifically processed red meats, has been found to increase insulin resistance. This is largely due to the type of fat, rather than the protein content.

The high intake of saturated fats from processed and red meat can have a negative effect, resulting inflammation, which in turn leads to impaired insulin signaling and consequently insulin resistance.

The high intake of saturated fatty acids has been connected to insulin resistance; found in meat, dairy and eggs. On the other hand, unsaturated fats found in fish reduce the risk and the monounsaturated fat (found in nuts, olive and avocado) increases insulin sensitivity, compared to high saturated fat and high-carb diets.

Some, albeit small studies, have found that a diet filled with plant foods resulted in increased insulin sensitivity.

However, keep in mind that it is not just the red meat, dairy and eggs alone. It is the accumulation of a series of bad diet decisions, to include a diet high in processed and refined foods, which play a big role in health outcomes and glucose control. Eating small portions of lean meat, dairy and eggs yet balanced with generous amounts of veggies can still be healthy when done with balance and variety.

Everyone is unique and responds differently to what they eat. You should consult with your dietitian for individualized dietary help.

The consensus is that the excessive consumption of highly processed fats and sugars, are what one should be aware of. Avoiding heavily processed and refined foods, including sugars, grains, meats and oils. Instead, eat whole foods, as close to their original form as possible, prepared in a healthy way to provide your body with the nutrients they need. Simply put focus on eating more plants!